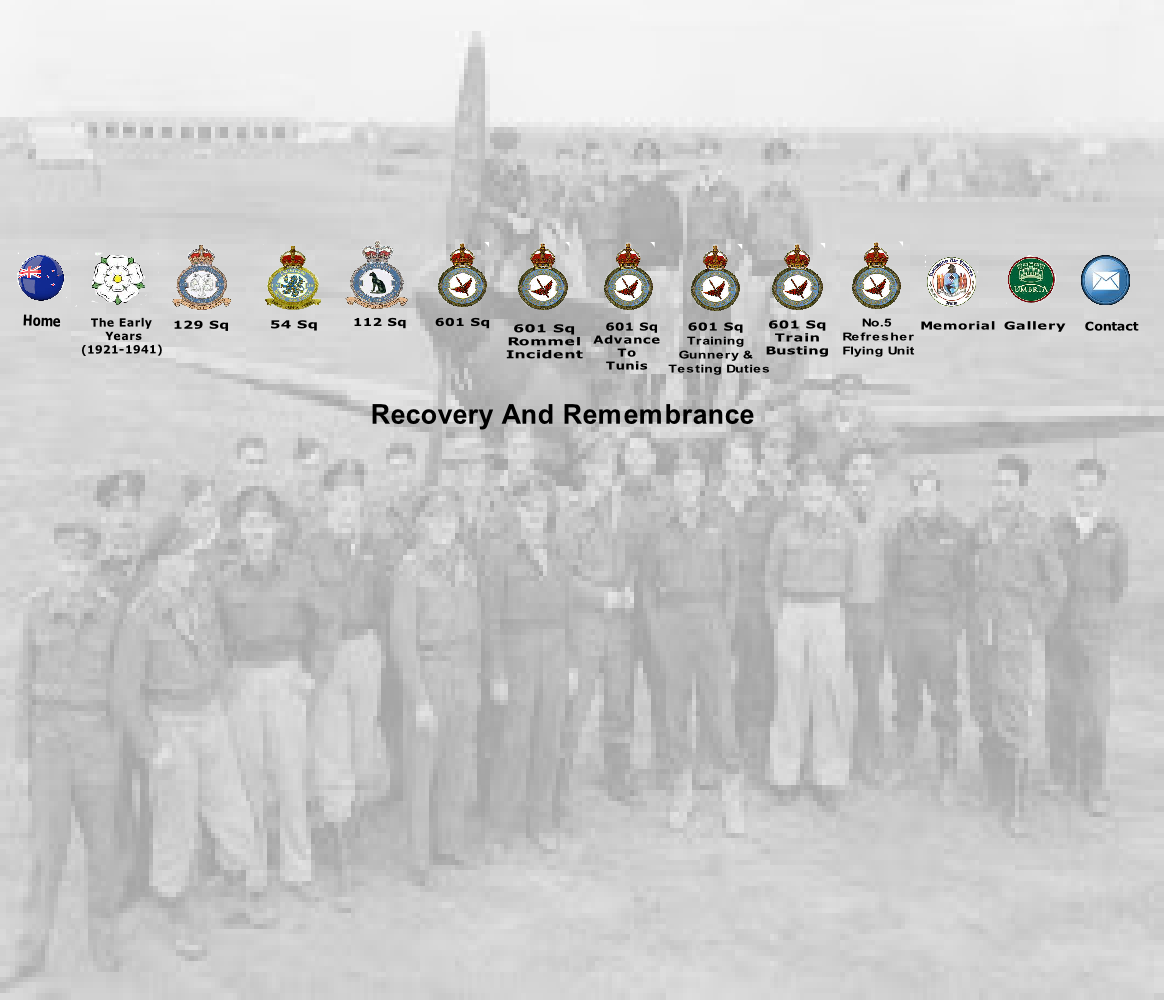 Very quickly local residents from nearby houses and the village of Castelnuovo arrived at the crash site to try and help but all they found   was a large black hole and scattered debris. Soon a recovery team led by an army Major arrived to cordon off the area and retrieve what   they could- mainly just sections of the wings and airframe. The next day they recruited locals to excavate the hole. This was made more   difficult because of the speed and angle with which the Spitfire had hit the ground, the depth it had immersed itself to (around 25 ft) and   the ground conditions which were extremely soft given the recent heavy rains so the earth was sodden.

Despite these difficulties though, the men who had to hand-dig to reach the cockpit managed to recover enough to enable Desmond to be   formally identified. At which point the leader of the recovery decided to call a stop to any further effort, passed the evidence to the   authorities and ordered the excavation to be filled in.

Desmond was initially listed as missing following news of the accident but soon his family was telegrammed by the War Office confirming   his death in a flying accident. He was buried in Rivotorto military cemetery and his belongings returned to the family in Yorkshire. Just 6   months later the war was over.

And so Desmond and his exploits passed into history, his memory kept alive only by his family and one or two villagers in Castelnuovo   who knew of the events of 19th November 1944.

In 2003 I started detailed research in to Desmond’s story following a series of interviews with Muriel. Her husband Jim had been a soldier   in Italy and gone ashore during the landings at Salerno. He was eventually promoted to Captain and survived the war. His story and my   conversations with Muriel led me to find out more about Desmond. In October 2006 I saw a post on the BBC’s commemorative website   about a Spitfire (possibly Desmond’s) having been found in Italy by Romagna Air Finders. Eventually, having failed to find details of any   relatives, a story broke in the press that led to the family’s contact with the M.o.D. A few months later, preparations were being made for   Desmond’s re interment.

The commemoration ceremonies were scheduled to take place on the 9th of June 2007, a date agreed with the local authorities in Assisi   who moved their annual liberation ceremony back to coincide with, and  provide a back drop to, Desmond’s reburial. A special memorial   stone had been commissioned and placed at the edge of the field where he died, ready to be formally unveiled on the morning of June 9th.   The evening before though, while visiting the crash site alone, I met a stranger, an elderly gentleman in his early eighties who had not   been at the press conference that afternoon with everyone else. Who was he and why did he claim to know about the accident? 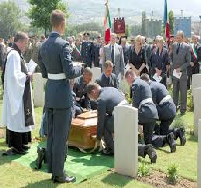 Above: The Queen’s Colour Squadron at Desmond’s grave in Rivotorto attended by family and dignitaries from home and abroad