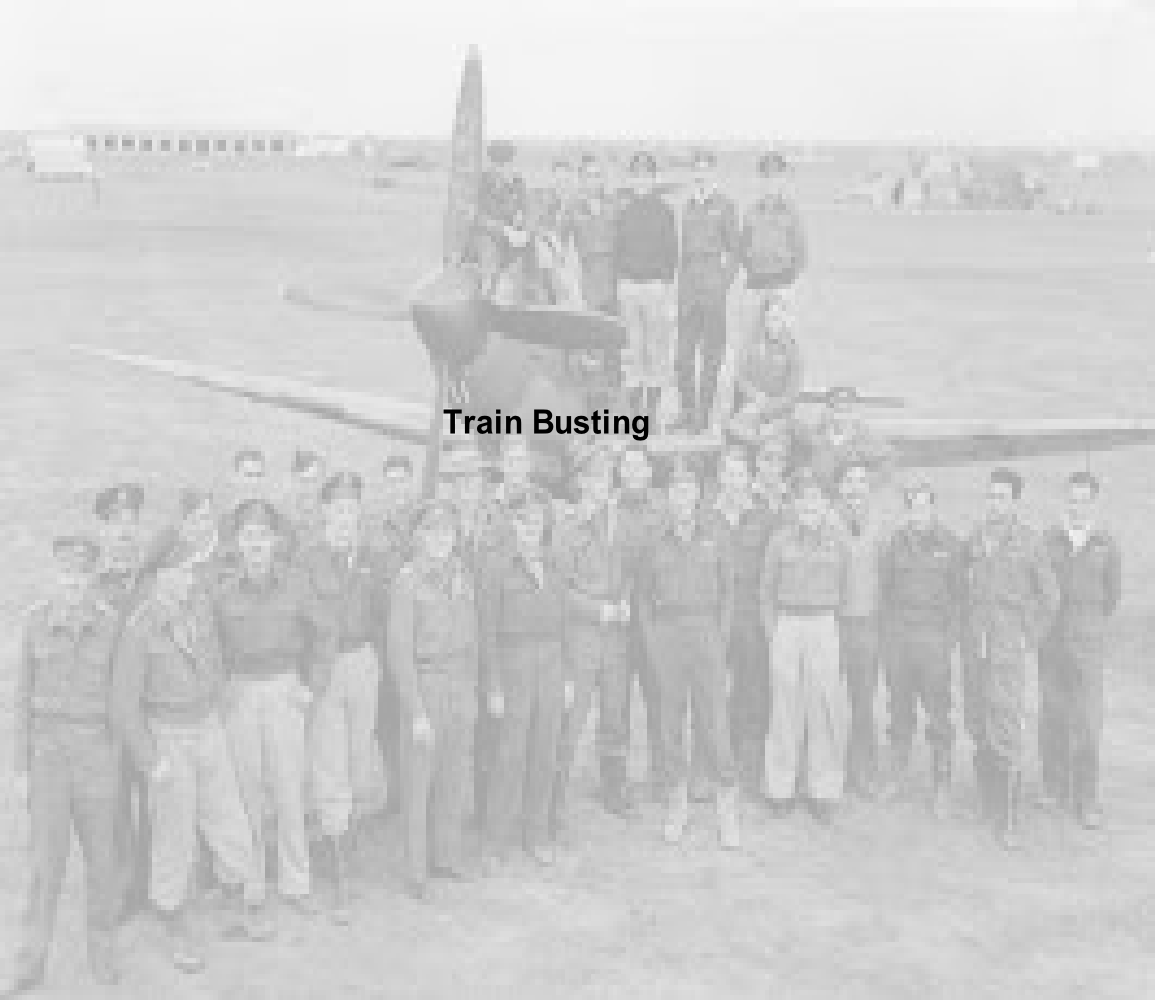 Desmond travelled to 601’s base at Foggia to join them for his 2nd tour; initially as a regular pilot- only later did he become a flight  commander. The amenities were very basic (4 or 5 men to a tent, one bucket- and - seat latrine per 20 men) although some better  facilities were in town including a hot shower.The CO was Major Malcolm Stephen “Bennie” Osler DFC, a South African fighter ace.  601 was practically a new squadron for Desmond now though. They still flew Mark V Spitfires but would soon convert to the newer  and  faster Mark VIII.

Desmond started operations again on the 14th of November 1943 and from then to the end of the year the sorties were a mix of  shooting up enemy trains, strafing convoys, staff cars, airfields, stations and rail yards, bomber escort duties and some air to air  combat.The squadron became very successful at these raids and Desmond made the local Yorkshire papers for his part in an attack  on the Terni rail yards north east of Rome. It was a spectacular raid in the face of intense light calibre machine gun fire and they  destroyed two locos accompanying fifteen petrol tankers by causing massive explosions and fuel fires.The Spits raced away at below  tree top height dodging the flak as they went. As tracer bullets whizzed past his cockpit, Desmond's Spitfire was hit in the wing tip but  he did manage to land safely at Canne. Around Christmas time he began to fly the Mark VIII and shortly after, the Mk IX Spitfire with  its supercharged Merlin and like many pilots it became his favourite type of Spitfire. Following a boozy, snowy, Christmas and another  move, via Canne to Marcianise in February1944, Desmond experienced the loss move of good friends, suffered an accident in a  collision of Spitfires and saw more air-to-air action over the Anzio invasion beaches and over Monte Cassino in March. He shot down  several more enemy fighters, led sections of  Spitfires into action and because of his continued gallantry in such operations, was  awarded his 2nd DFC in May which culminated in a large and raucous party for all the pilots.

In June, Desmond acquired a Mk IX Silver Spitfire coded UF-Q and, while ferrying WAAFs to and from HQ, met Patsy- a spirited and  smiley woman of the same age- with whom he grew close quite quickly. Soon the squadron moved up to Perugia airfield a few miles  from Assisi from where he flew his 385th and last operational mission at the end of July. On Saturday the 7th of August 1944 Desmond  finally left 601 Squadron to take up his new post as an instructor on No. 5 R. F. U. He may have realised that the war was as good as  over for him and have been hoping to get a posting back to England where he could see out his remaining war service but it not to be.  Ultimately Desmond was set to remain in Italy for the rest of his life. 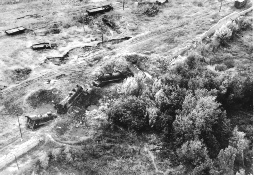 Above: Desmond’s  601 Sqn. Silver Spitfire in its original colour scheme (Spitfire Mk IX, MJ250) in Italy mid-1944 about to take off on a bombing mission. (Canadian Archives).