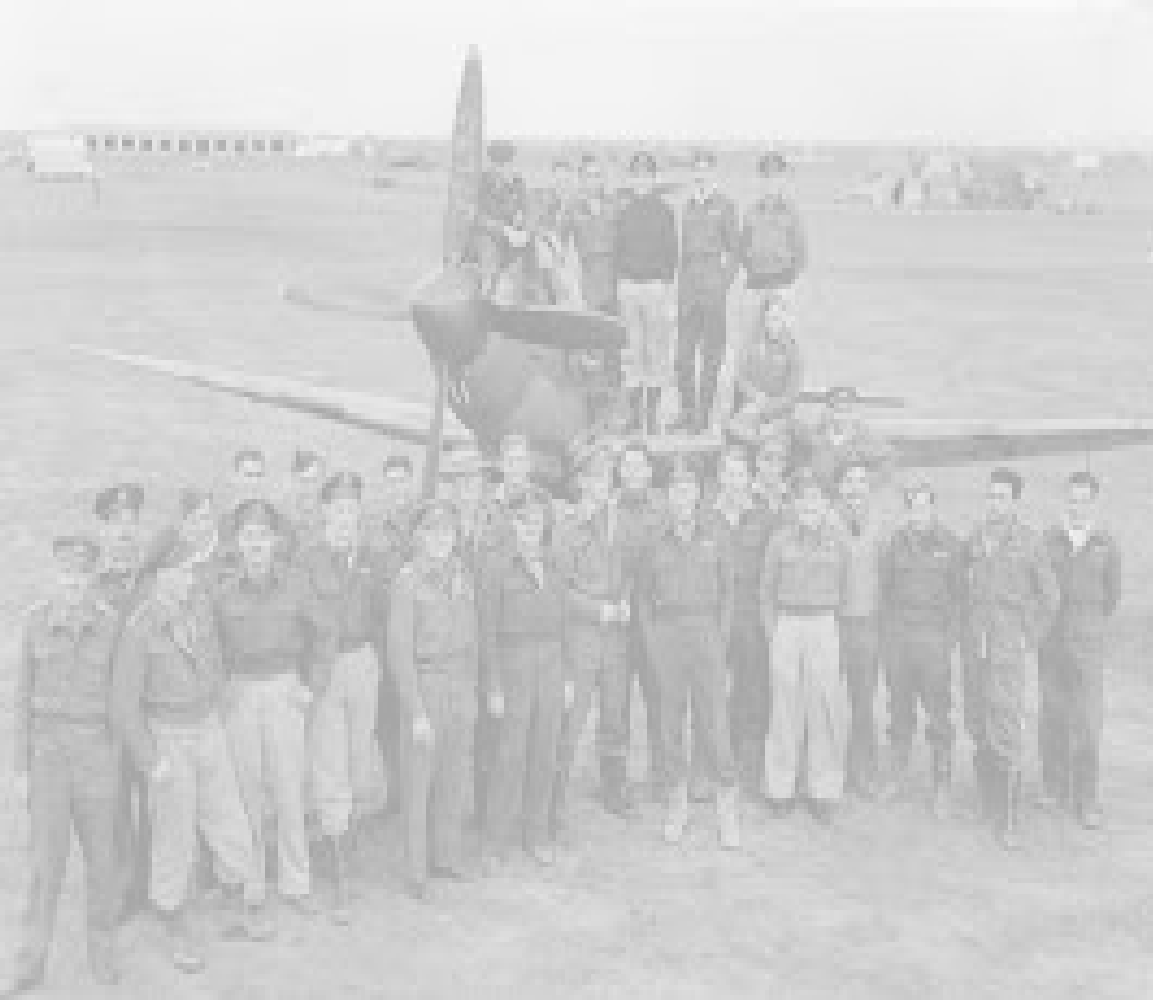 On Saturday the 7th November 1942 six Spitfires of B Flight led by Flt. Lt. Bruce Ingram took off at 08:45am and headed west to patrol the Matruh-Sidi Barrani coast road at 7000ft. They soon spotted a formation of nine ME109s flying top cover to nine JU-87 Stukas and three JU-88 bombers. The Spitfires attacked and as they did so the ME109s fell in to engage them while the Stukas and JU-88s fled eastwards. Ingram called them in to attack the Stukas, pursued by the ME109s.

Desmond got two Stukas, the first of which went down in flames. The second Stuka meant he was now officially a Spitfire ace. Unfortunately he allowed another 109 to get in unseen behind him and open fire. His opponent’s bullets hit the petrol tank just behind the engine. Below him was LG no.8 near Mersa Matruh. His engine faltering, Desmond crash landed and had now been shot down for the second time. What he had been briefed was an allied airfield was actually in German hands. Considerably outnumbered and outgunned, he was taken prisoner by the approaching Germans. His captors were good humoured and strikingly different from the German soldier of repute. They took him to a well-appointed caravan at the rim of the airstrip where he was received  by a thick-set  high ranking officer with a pair of field glasses slung from his neck, an officer Ibbotson unhesitatingly recognised as Rommel. (Moulson, 1964)

Could he have met Rommel? I’ve reviewed 5 accounts of similar meetings from 1940 to mid-1944 when Rommel did take the opportunity to meet with captured allied soldiers, one of which occurred on the same day as Desmond’s own meeting.

When darkness fell, he broke from the camp and after running two hundred yards threw himself into a deep tank rut. A column of German half-tracks moved past, but when they had gone, he increased his distance from LG08 until, in the morning, a group of Bedouins helped him back to Allied lines (Moulson,1964).

(8th Nov.) No.129238 P/O. D. Ibbotson, who was reported missing the previous day, made good his escape from the enemy and crossed over  into friendly hands with the aid of natives, returning to the unit in the afternoon fit and well at E.L.G. 13 which had been occupied by “B” Force a few moments before. (601 Sqn ORB).

Intriguingly Desmond’s own account differs from these. He had to walk through German lines before he found the Arabs who helped him return to base. He’d had a lucky and daring escape from right under the noses of the Germans and Desmond could have “dined out” on this own story for many years to come. 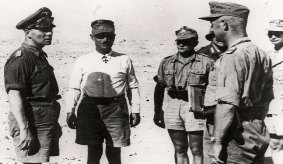 8 /Nov/42. Taken just after Desmond returned to his base near  Mersa Matruh in Libya after his escape the night before from Rommel’s soldiers.