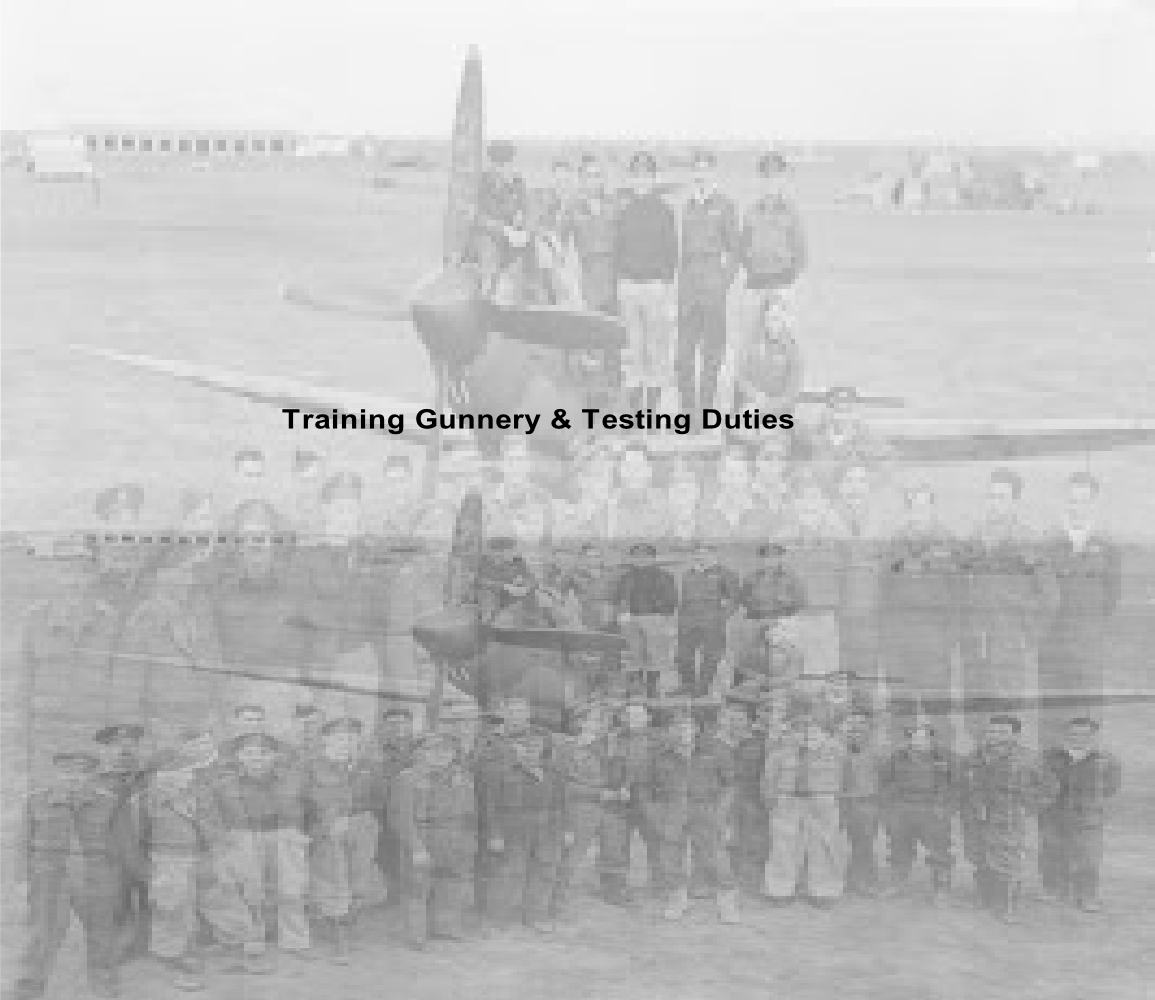 Middle East Central Gunnery School, EI Ballah, Egypt 5t/Jul/43- 14/Sept/43. He then attended a gunnery course at the Middle East Air Gunnery School at EI Ballah, north of Ismailia close to the Suez Canal. The heat and the flies were almost unbearable. Pilots learned to hone their marksmanship skills through sorties covering air to air, air to ground, air combat and instructing, then returned to their squadrons to train their colleagues - just like the now famous Top Gun course. He was promoted to Flying Officer on the 6th of July and finally wrote a brief letter home to Muriel describing his relationship with a beautiful blonde Russian dancer!

Using mainly the Hurricane IIB and Spitfire VB, Desmond flew up to 4 sorties a day. After completing his own course there, he stayed  on as an instructor alongside his course flight commander, the Canadian ace Flt. Lt. James Francis “Eddie” Edwards DFC DFM, eventually succeeding him as Flight Commander just before his posting ended on the 14th September.Ten days later he reported to boukir for “Test and Despatch” duties.

Test & Delivery Duties, 103 Maintenance Unit Aboukir, Egypt 15/Sept/43 - 30/Oct/43.This must actually have been one of the best postings Desmond could have had what with no courses and very little responsibility or pressure. Instead he was test flying reconnaissance Spitfire Mk IXs and XIs at high altitude.On his first two flights the Mk IX’s engine cut out, the 2nd time while at 31,000ft. Then a few days later Desmond recorded a rare sortie when given a new Mk XI to fly on a ‘consumption test’ at 30,000ft on the 27th of September. It was unique because just 471 of the photographic reconnaissance Mk XIs were ever made. However when he flew the PR Mk IX at high  altitude, it again proved very unreliable and the engine failed each time.The last time was on October 24th while at 41,100ft indicated, (44,600ft computed) the engine cut and he fell through 20,000ft before recovering to land safely.

Desmond finished test flying in early November and took a series of flights across North Africa, before boarding a Dakota for Sicily then, via Bari, on to Foggia in Italy to rejoin 601 and begin his second tour on operations. 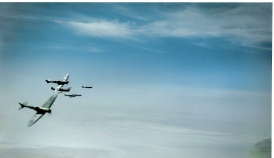 Above: 24/May/43. Spitfire Mk VCs peeling off over Cap Bon Tunisia during a sortie to provide top cover for Allied Bombers. IWM (TR857)