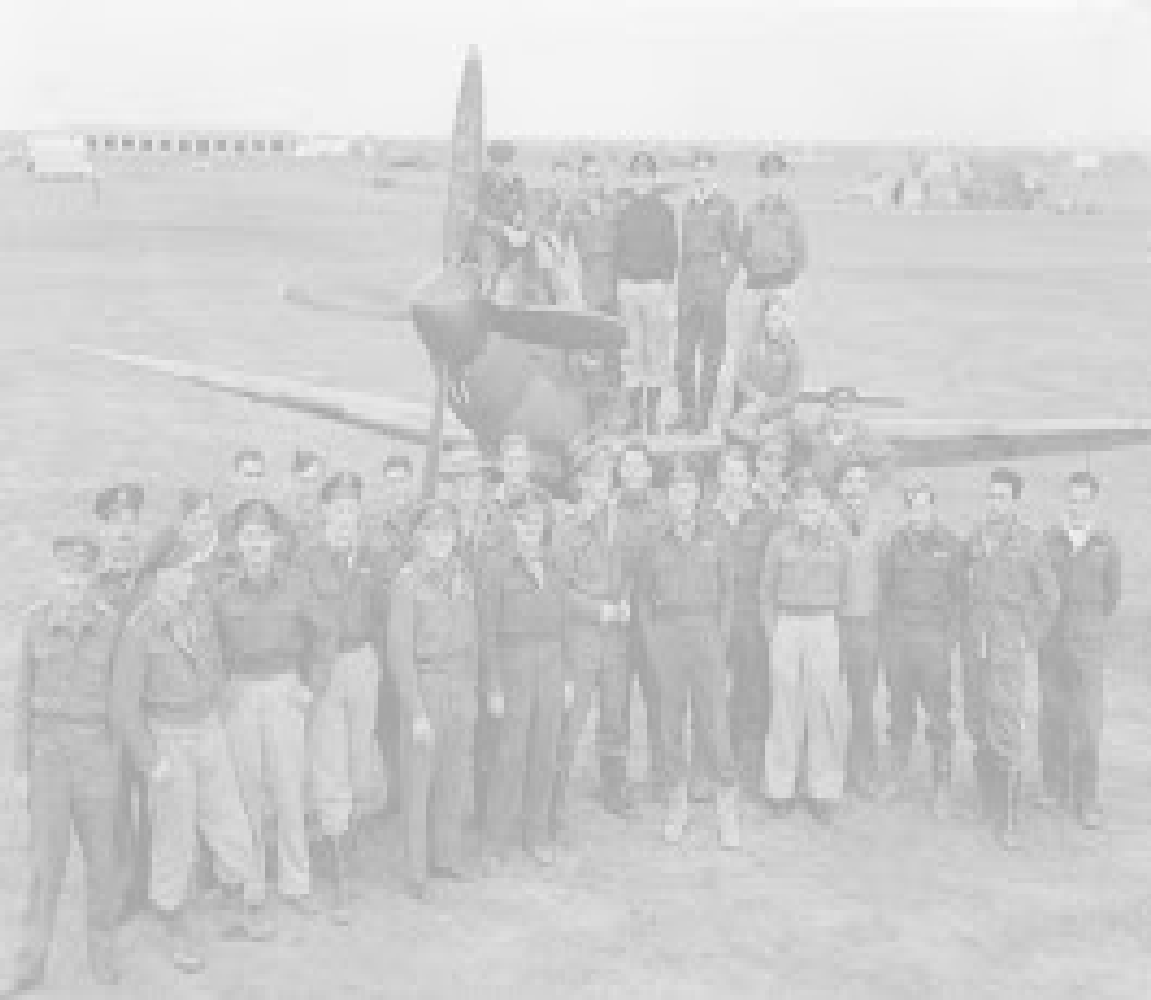 Desmond reported to 601 Sqn at Emergency Landing Ground 92. The airfield was in fact just another dusty desert airstrip set on  a wide flat expanse of sand, lined by rows of tents, runway boundaries marked by upturned 50 gallon oil drums and fringed with  sandbagged gun pits. Except for a couple of old mates, he arrived to find a different group of pilots and a new aircraft, the Spitfire  Mk VC. His first operational sortie was on the 19th of October, when Desmond flew one of seven Spitfires escorting Kittyhawks  bombing LG104.

At around ten o’clock on the 25th, over Daba, Desmond and his three colleagues in the section saw two formations of 109s. Having attacked and seen this group off between them, Desmond quickly proceeded to climb up to 28,000 ft whereupon he spotted three more 109s below him at 25,000ft just south-east of Daba. He dived down to attack them. Two saw him coming and broke away but for some reason the other continued to fly on, perhaps oblivious to the imminent danger. With his speed increasing rapidly in the dive and only seconds left in which to make his attack, Desmond manoeuvred carefully into position above this lone fighter and, now fully committed, as soon as he was in close enough, pressed the firing button. He inflicted damage but not enough to down it. Then on the 27th after a sweep over Daba the Spitfires encountered over thirty 109s and MC202s. Desmond wrote: The MC202s diced and then flew on. I myself chased a 109 but we could not catch him.

On the second sweep at 09:10am, on 2nd Nov , eight ME109Fs attacked the nine Spitfires. In the ensuing dogfight Desmond reckoned he got in close, very close, to about twenty yards (about 65 feet) directly behind the 109 and opened fire. Caught in a devastating hail of bullets and cannon fire from very close range, the Messerschmitt had no chance and caught fire immediately. Desmond flew over the next couple of  days but no action of note took place. The Luftwaffe are very frightened! he wrote.

Then  on the 7th of November, he and five friends took off on an early morning patrol which, with no obvious hint of danger to come, would leave an indelible mark on the rest of his career. 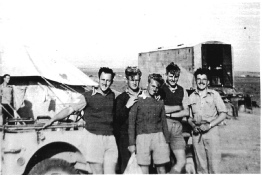 Above: 601 Sqn pilots sometime after the Battle of
El Alamein. In the centre is John ‘Tilly’ Tilston,
Desmond is on the far right of the picture