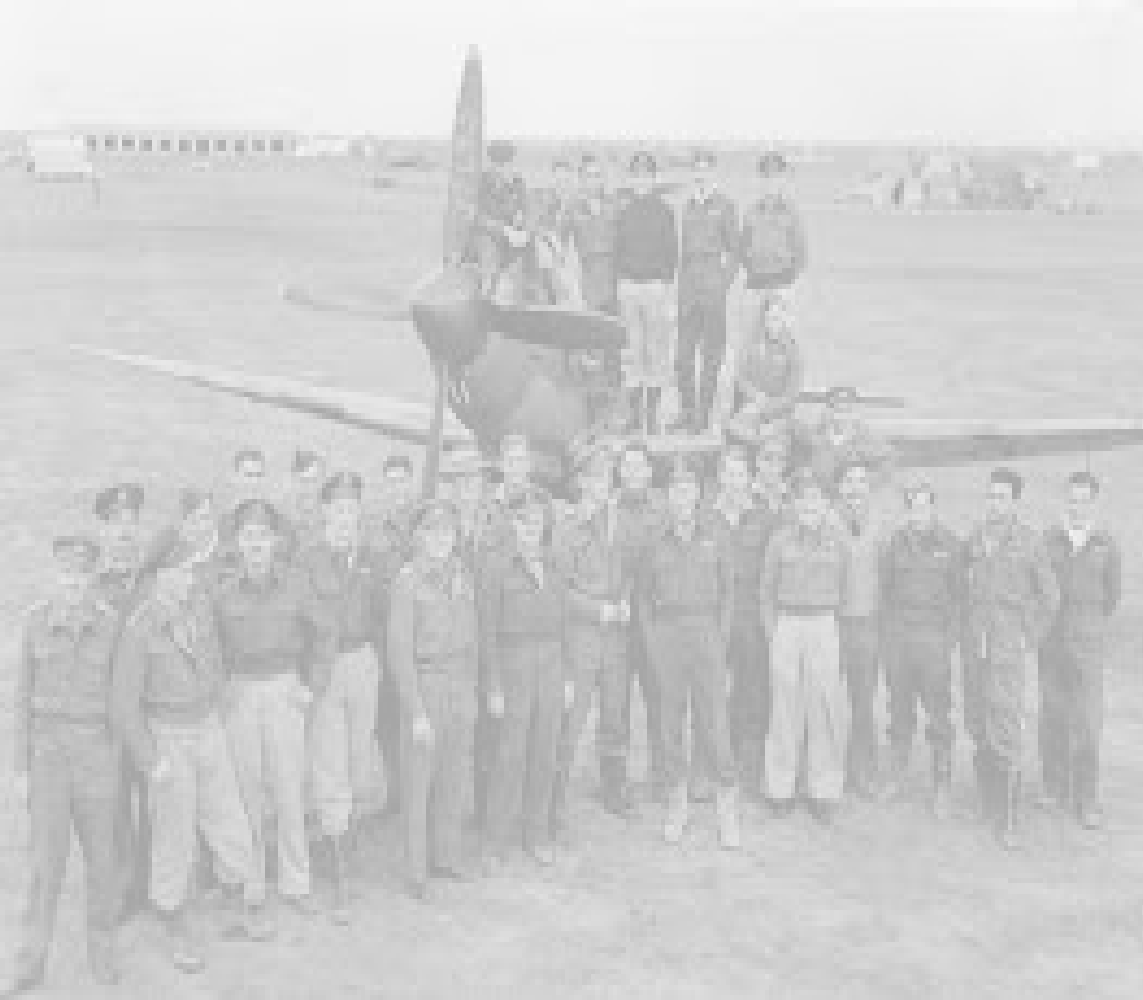 129  squadron reformed on the 16th of June 1941. Desmond arrived to join it at Leconfield near Hull in Yorkshire on the 26th July 1941 along with Canadians Norm Peat, Ray Sherk and “Jimmy” Whalen who had known each other since they had met and trained together on the same O.T.U.

During his advanced flying training while out flying solo in a Harvard trainer, Jimmy decided to fly low underneath the Ottawa-Hull Bridge. Once safely through the gap, he immediately pulled up into a loop over the top of the bridge, completing the loop by flying underneath the bridge again and out the other side. Unfortunately a concerned witness had noted the number of the aircraft and reported him to the authorities. When the CO found out, he stripped Jimmy of his commission and reduced him to the rank of Sergeant. Jimmy remained a Sergeant until the 26th July 1941 when, on reaching 129 Sqn, the RAF promoted him back to Pilot Officer.

On 3rd August Desmond flew a solo flying exercise. Leconfield lies almost on a straight line running east-west from Hull to Harewood approximately 45 miles away so is easy to navigate to and in flying distance of a racy Spitfire. Muriel recalled that from time to time he would often ‘beat up’ his family’s house in the village. On hearing the deep growl of the Spitfire’s Merlin engine, Desmond’s mother would call out, “It’s our Des, he’s ‘ere again” and dash outside to see his Spitfire zoom low and fast over the house, pull up into the sky and roar away waggling its wings. When I asked Muriel how low she thought he might have been, she laughed and replied “certainly lower than he should have been”.

On August 10th, Desmond practiced feint attacks with a camera gun and that afternoon went up to practice dogfighting skills with Jimmy Whalen. These exercises, included ‘tailchasing’ manoeuvres whereby the No.2 has to hang on to the tail of his leader (No.1) who tries all sorts of rolls, loops and turns to try and shake his opponent off. Jimmy’s skills and confidence with the Spitfire impressed Desmond who wrote “he takes some holding and often I can’t”. 129 squadron became fully operational on the 21st August 1941. A week later, the squadron received orders to move to Westhampnett (Goodwood) a satellite airfield of Tangmere near the Sussex coast. However, on the 27th of August, Desmond was posted to 54 squadron, based at Hornchurch in Essex. 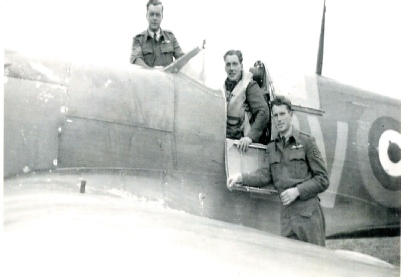