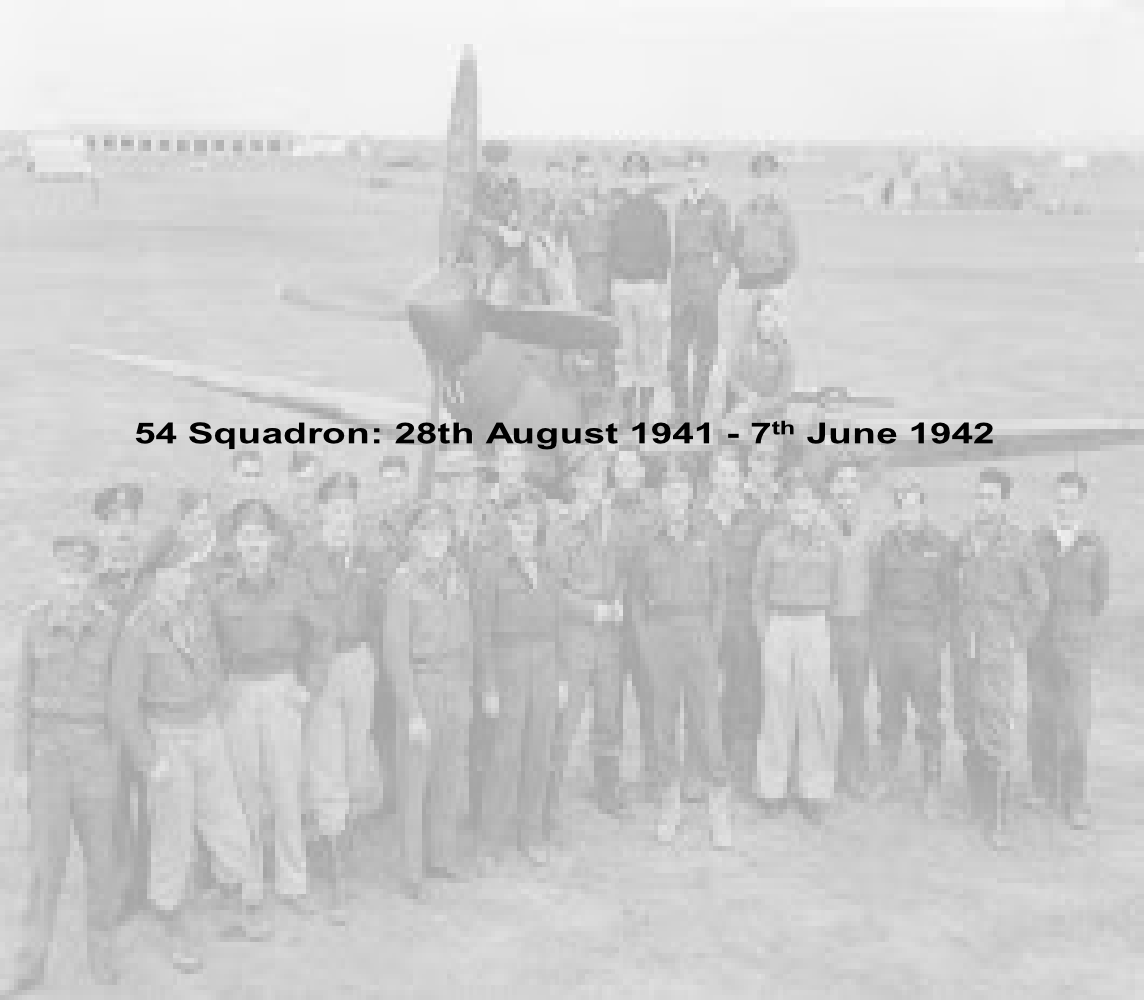 Desmond arrived at  Hornchurch on the 28th of August 1941. This was a famous Battle of Britain base which guarded London, the coastal ports, airfields and power stations and the pilots of 54 squadron had earned a reputation for living and flying as they fought, with verve, skill and bravery. Desmond’s first flight in a Spitfire Mk VB impressed him instantly: “Spit 5s amazingly light to handle after Spit 1s especially at high speed (over 300  mph)” he wrote.

His first operational sortie was on the 2nd September  escorting Blenheim bombers on “Roadsteads” firstly to attack shipping  anchored near Dunkirk followed by a raid on the northern French Coast. Desmond was wingman to Pit. Off. Evans when, over Mazingarbe, they were attacked by up to twenty ME109s diving in from 28,000 ft resulting in a huge dogfight. As they ran low on fuel and ammunition, the Spitfires broke away and streamed out of France at 0ft taking anti-aircraft fire as they raced home. Desmond wrote later “Saw lots of 109s. Shot at one, missed. Was shot at by A.A. and 109s. P/O Evans, my no.1, and P/O Harris missing (20 gals left).”

On Friday the 27th September 54 Sqn. escorted twelve Blenheims  returning to Mazingarbe in Circus 103. At approximately eight miles inland from Mardyck, about twenty 109Es attacked the Spitfires. Desmond damaged a 109F by  shooting pieces of its tail.

On the 10th of October,  Desmond was flying one of just four Spitfires sent out over occupied Belgium. One pair was Sqn. Ldr Scott Malden, with his no.2 Sgt. Guthrie. The second pair was Canadian Flt.  Lt. Edward “Jack” Charles DFC with Desmond as his no.2. It was Desmond’s first “Rhubarb”; a raid which meant flying aggressively at high speed and often very low level to strafe targets of opportunity such as vehicle convoys, troop trains, and staff cars. All returned safely.

The squadron moved north to Castletown in Scotland on the 17th November. Castletown was bleaker than Hornchurch, the  Spitfires were old Mk IIB types and the flying just routine convoy patrols or training. From early December Desmond was attached to  No.4 Delivery Flight at Grangemouth and flew all over Scotland and occasionally to the Isle of Man, Cheshire and Northern Ireland on ferry flights.  From the  12th of December some pilots left  for the Middle East before the whole squadron left for service in the Far East. When Desmond received his posting to the Middle East it would be the last time he would see  England or his family  again. 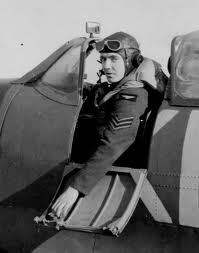 28th- 30th Nov 1941, Castletown, Caithness, Scotland. This is the first official photo of Desmond when he had just turned 20 years old and was a Sergeant pilot with 54 Sqn.